I grew up going to Charles Stanley’s First Baptist Church in Atlanta.  I left Atlanta in the early 90s for New York City, where I’ve been ever since.  I had heard that Charles’ son Andy had become a pastor and founded his own church and I was excited thinking that Atlanta would have another solid pastor. So, the disappointment and sadness in having to write this is personal and great.

In May of last year (2012), we posted an article by Christine Pack about Andy Stanley who had made some disturbing comments about homosexuality.  Or rather I should say, it’s what he left out that was disturbing.  In a sermon last year he told the story of a married man who was cheating on his wife – with another man.  The man and his gay lover began going to Stanley’s church and eventually wanted to get more involved by volunteering at the church.  As Stanley related the story in his sermon, he told the man that he couldn’t begin volunteering at the church as long as he was living in sin.  However, the only sin he mentioned, specifically, was that of cheating on his wife. He said nothing about the homosexual relationship being a problem.

END_OF_DOCUMENT_TOKEN_TO_BE_REPLACED 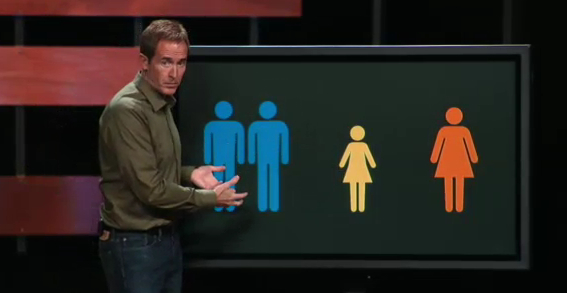