Gary Gilley of Southern View Chapel, (Springfield, IL), has written an extensive and engaging two-part series on the social gospel. This article pulls together the various elements and manifestations of the social gospel, revealing its grasp on the evangelical church today.

(You can view Part 2 Here)
Reprinted in full, with permission
Original article can be found here

One of the important issues which the church has always had to address is that of its role in society. In the Old Testament, the Lord chose Abraham to be the father of a called-out race of people. Years later, the Lord would establish the nation of Israel under the Mosaic Covenant. Detailed laws and regulations were given to Israel at the time including how that nation was to be governed, how poverty was to be dealt with, how widows and orphans were to be helped and how injustices were to be corrected. All of these matters were addressed almost exclusively within the context of the nation of Israel, with relatively minor concern for the surrounding nations. END_OF_DOCUMENT_TOKEN_TO_BE_REPLACED

Gary Gilley of Southern View Chapel, (Springfield, IL), has written an extensive and engaging two-part series on the social gospel. This article pulls together the various elements and manifestations of the social gospel, revealing its grasp on the evangelical church today.

In the first part of this study, we examined together the history of the social gospel as it presented itself in the late 19th and early 20th centuries, and then documented a resurgence of the social gospel agenda as found at the present time.  The original social gospel movement began as an appendage to the emerging liberalism that started in Germany and ultimately swept through the Western church.  As the growing liberal movement matured, it left behind most doctrinal distinctives held by earlier Protestants and eventually came to be defined by social action.   END_OF_DOCUMENT_TOKEN_TO_BE_REPLACED

Rick Warren sent an email out today, to pastors who are members of his Pastors.com website, explaining why it’s good idea to preach sermons in a topical series instead of one sermon per topic.

You might think this idea arose out of a desire to find better ways to convey sound Biblical teachings to his listeners in a way that would help them remember.  But he makes no mention of any such concerns.  Instead his concerns revolve around marketing the church and saving time.

Warren believes that preaching a series of sermons on a single topic is a great marketing strategy for increasing the size of the church and, with the added benefit of saving a pastor’s very valuable time.  He wants all the pastors who follow him to know about it this great new marketing tool. END_OF_DOCUMENT_TOKEN_TO_BE_REPLACED

After I was on World View Weekend with Brannon Howse, a listener emailed me and we struck up a conversation.  This week he sent me a link to a video he has worked on about Rick Warren and the “seeker-sensitive” movement.

It was so good I wanted to post it here.  It’s long, two hours, but that’s why it’s so good because he takes the time to really go into detail about all these related church movements and pastors.  Each pastor has a slightly different take but they all go in the same direction of leading people away from true Biblical teachings. END_OF_DOCUMENT_TOKEN_TO_BE_REPLACED 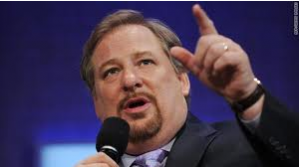 This article was so well written I decided to post it here.  A very personal story from a woman who attended a Rick Warren conference on his “Daniel Plan”.  I tried to find the author to get permission but was unable to find any links or contact information for her. However, I saw it posted on several websites, with permission, so it seems she just wants to get the information out.  I got it from LightHouseTrailsResearch.com – they have some additional links and info here). END_OF_DOCUMENT_TOKEN_TO_BE_REPLACED